Our presenters have these recommendations of books written or illustrated by a person in a historically marginalized community, published (anywhere, not just WWA) in 2019. Order them from Liberty Bay Books (or your local, independent bookstore) today!

PICTURE BOOKS
Indigo Blume and the Garden City by Kwame Alexander, Illustrated by JahSun
The Power of Her Pen by Lesa Cline-Ransome and John Parra
Saturday by Oge Mora
Queen of Physics by Teresa Robeson, illustrated by Rebecca Huang
Small in the City by Sydney Smith
Dandelion's Dream by Yoko Tanaka
Magic Ramen by Andrea Wang, illustrated by Kana Urbanowicz
A Map Into the World by Kao Kalia Yang, illustrated by Seo Kim
My Grandma and Me by Mina Javaherbin, illustrated by Lindsey Yankey

Girl, Woman, Other by Bernardine Evaristo

Clever Hans: The True Story of the Counting, Adding, and Time-Telling Horse

Meet Clever Hans! He was a horse who could do math problems, tell time, read, spell, and more... or could he? Even After Hans answered questions correctly, some people thought it must be a hoax. Scientists began to investigate. Eventually, one scientist had a groundbreaking ""aha!"" moment and realized that Hans was clever in a way no one had even imagined. Turns out Hans was so smart he changed science!"

The Spirit of Springer

​In 2002, a killer whale calf was discovered swimming alone in the Puget Sound. This picture book follows the amazing true story of her identification as a member of the A4 Pod, a family of Northern Resident orcas living off the coast of British Columbia, and the team of scientists who worked together against all odds to save her from starvation and reunite her with her family.

The Arabic Quilt: An Immigrant Story

Kanzi's family has moved from Egypt to America, and on her first day in a new school, what she wants more than anything is to fit in. Little does she know, her most treasured reminder of her old home will provide a pathway for acceptance in her new one.

America's Flag Story is a gorgeous patriotic picture book written in rhyme and beautifully illustrated by J. James. Children four to eight will learn our flag's story of freedom, endurance and courage that makes America the home of the free and brave.  It will bring history, beauty and inspiration to young children. Flag etiquette and flag-folding instructions are given at the back including how to cut out a five pointed star. Perfect pb for  school libraries, teachers and parents. 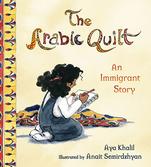 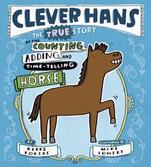 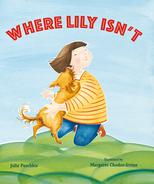 A beautiful bereavement picture book showing a child dealing with the grief and loss of a beloved pet. The book explores the depths of the loss, but also shows how the child can accept that loss with love, creativity and resilience.

The Reason for the Seasons

We all know there are four seasons in a year. But HOW do we know? Join intrepid young scientist-adventurer Joulia Copernicus on a journey around the world as she explains with humor and wit how we know what causes the seasons.

The Elephants' Guide To Hide-And-Seek

Elephants are great at many things...playing hide-and-seek is not one of them. But The Elephant Hobby and Sport League is here to help all those frustrated, always ""found"" elephants out there with The Elephants' Guide to Hide-and-Seek. This handy guide offers sympathy, support and superior hiding solutions to elephants who long to overcome their size disadvantage when playing hide-and-seek. A hilarious tongue-in-cheek book perfect for elephants and their best human pals.

This rich literary novel follows Elen, who must live a precarious lie in order to survive among the medieval Welsh warband that killed her family.

A Hatful of Dragons: And more than 13.8 billion other funny poems

Ideal for fans of Jack Prelutsky and Shel Silverstein, this collection of hilarious poems features clever wordplay, delicious vocabulary, a wide range of subjects, impeccable rhythm and rhyme, and riotous punchlines as well as tightly woven art featuring recurring characters and subplots that add to the merriment. A quirky, interactive, visually-varied collection that readers of all ages will laugh their way through again and again.

Monster loves his construction vehicles. But Monster does not like sharing his trucks! No one can touch his bulldozer, fork lift, or crane. So what happens when the reader does exactly what Monster has said NOT to do? Monster is in for a wild and hilarious ride, getting scooped and raised and dumped all over the place. Thankfully, the end result — after pushing levers, buttons, and gears galore — is a surprise that's good fun for everyone (especially Monster).

Elizabeth Warren always has a plan. First, to be a teacher. Then a lawyer, a professor, and now a senator. Known for her dedication and willingness to adapt, she has persisted and become a voice for fairness and positive change as she has worked to ensure people with power help those with less. Her example inspires readers to pursue their own dreams despite obstacles, and this gorgeously written, beautifully stylized picture book provides a pitch-perfect look at all they can accomplish.

Order any of these books from Liberty Bay Books today!

Once Upon a Timely

Whether you love them “glowingly like a dragon’s fire” or “toweringly like a castle’s spire” this adverb adventure is perfect for sharing, from once upon a time to happily ever after.

13-year-old Newt Gomez tries to recover from a bear attack and have a normal life on an eclectic island with a maybe-lake monster, a statue that might grant wishes, and a temperamental former taco truck. Newt’s story illuminates the world’s magic, where reality is often uncertain but always full of salvageable wonders. “Rich character building, tender relationships, and a vibrant setting tingling with magical possibility combine for a satisfying tale.” — Kirkus Reviews, starred review 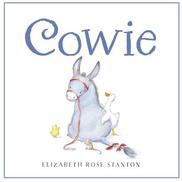 Get a Grip, Vivy Cohen!

Vivy Cohen knows she can play baseball, but her mother isn't sure than an autistic girl can handle playing with boys. When a coach sees Vivy throwing, she gets her big chance to play in games that count. But an accident threatens to derail her season. To play again, Vivy needs to convince her mom--and herself--that she's meant to pitch.

Cruz, Sailor, Emmett, and the rest of the explorers are headed to Africa on an urgent mission to aid a band of sick mountain gorillas, as they learn about how diseases can be passed between animals and humans (who knew?). But when Nebula misses their intended target, someone close to Cruz ends up on the brink of death. If Cruz hopes to reach the fourth piece of his mother's formula before Nebula, he'll need the help of a surprising ally. 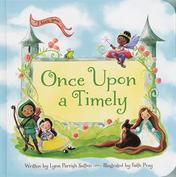 Cowie is a little donkey who is desperate to be a cow. Silliness happens when his friends, Duckie and Mousie, help him get in touch with his true voice by turning everything upside down . . . and around . . . for Cowie!

King & Kayla and the Case of the Unhappy Neighbor

King the golden retriever struggles to communicate with his human, Kayla, as both try to clear another dog of having trashed Mr. Gary's yard. 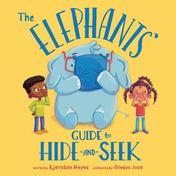 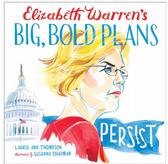 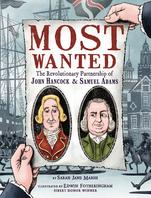 Retta Brooks thinks her life is on track after convincing her overprotective mom to stop home-schooling her and allow her go to Buckley High. She comes home from a night out with friends to find that her whole world has changed, and she has extremely hard decisions to make. Not to mention finding the answers to questions some people would rather she not know. Is she strong enough for what lies ahead?

Through a series of letters, Simon, a grumpy and jealous cat, informs Baxter, his boy's new dog at his dad's house, that he is not welcome in the family and should leave at once. Will this dog and cat learn to share the boy who goes back and forth between them and his divorced parents? 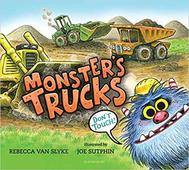 In this picture book/graphic novel hybrid, Ernestine is beyond excited to go camping for the first time. But she quickly realizes that nothing could have prepared her for how hard it is to set up a tent, let alone sleep in it, or that swimming in a lake means that there will be fish — eep! Will Ernestine be able to enjoy the wilderness, or will it prove to be a bit too far out of her comfort zone?

Most Wanted: The Revolutionary Partnership of John Hancock & Samuel Adams

John Hancock and Samuel Adams were an unlikely pair of troublemakers. Hancock was young and dashing. Adams was old and stodgy. But working together, they rallied the people of Boston against the unfair policies of Great Britain and inspired American resistance. And to King George, they became a royal pain. When the British army began marching toward Lexington and Concord, sending Hancock and Adams fleeing into the woods, the two men couldn’t help but worry . . . this time, had they gone too far?

It’s springtime at Winterhouse and Elizabeth Somers is settling into the joyful chaos of her new home. But it isn’t long before she and her friend Freddy Knox are drawn into an ominous new mystery. Danger, intrigue, and the power of family combine in The Winterhouse Mysteries, the fast-paced conclusion to Ben Guterson's enchanting Winterhouse middle grade trilogy.

Derrick Hollis is a 7th grader at Zachary Taylor Middle School and an aspiring cartoonist too shy to show his work to anybody but his best friend, Doug. Derrick is devastated when a car hits his dog Max. But after being cremated, Max returns from the other side and starts giving Derrick advice about affairs of the heart and standing up to bullies. Should Derrick take advice from a dead dog? Or will Max lead him astray?